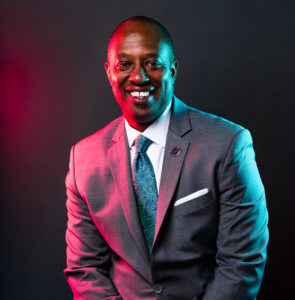 As President/CEO of the U.S. Black Chambers, Inc. (USBC), Ron Busby, Sr. brings business management skills as well as a lifetime of community development experience to the organization. Mr. Busby is a former successful business owner himself, and he has been recognized as one of the nation’s best CEOs. Ron grew his first company, USA Superclean, from $150,000 annualized revenue, to over $15 million in only 10 years. Early on in his career, USA Superclean was recognized as the largest Black-owned janitorial firm in the country. Mr. Busby has also started and grown two other janitorial firms, both resulting in over $4 million in annualized revenue.

Trained by some of the country’s leading corporate executives, Ron developed his skills at some of the nation’s largest corporations including; Exxon, Xerox, IBM, and Coca-Cola USA. While in corporate America, he was recognized as National Sales Person of the Year.

Ron also has chamber experience as he was previously the President of the Greater Phoenix Black Chamber of Commerce for five years.

A native of Oakland, CA; and graduate with honors from both Florida A&M and Clark Atlanta University, Ron has dedicated himself to the empowerment of the Black community. Ron is also a member of Kappa Alpha Psi fraternity. Ron has two sons and currently lives in the Washington, DC area.